PERSONAL SINFULNESS IN THE LIFE OF THE UNBELIEVER 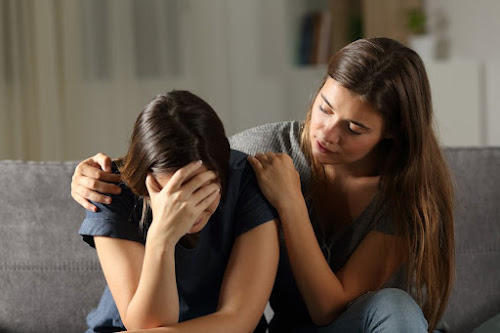 PERSONAL SINFULNESS AND THE UNBELIEVER

Since the Reformation, the principle of universal sin in humanity has displaced the idea of considering the effect of personal sinfulness among the unconverted.

Many times we may have listened that there is no point in warning people of their everyday sins if they are in a lost condition regardless, due to original sin, but instead we only should speak to them of Jesus and procure their conversion.

Even though the whole human race is in a legal state of sin from birth, Paul says that this condition we acquired by being descendants from Adam (Ro 5:12) gets manifested through our everyday acts of sinfulness, and they will be counted in our judgement day:

“And since they did not see fit to acknowledge God, God gave them up to a debased mind to do what ought not to be done. 29They were filled with all manner of unrighteousness, evil, covetousness, malice. They are full of envy, murder, strife, deceit, maliciousness. They are gossips, 30slanderers, haters of God, insolent, haughty, boastful, inventors of evil, disobedient to parents, 31foolish, faithless, heartless, ruthless. 32Though they know God’s righteous decree that those who practice such things deserve to die, they not only do them but give approval to those who practice them.”

Even though every human is born into a condemned state, this legal status can be cleaned by the imputation of Jesus’s merits if they die before the age of personal responsibility based in the fact that Jesus paid for all the sins of humanity (Ro 5:8; 1Jn 2:2; 1Ti 2:6); but the moment a human commits evil willingly, he becomes liable of that sin, added to his natural fallen condition. This is the reason why Paul describes each of the sins men commit and warns them about being judged by them:

“We know that the judgment of God rightly falls on those who practice such things.” (Romans 2:2).

Another wrong idea that somehow has crept into reformed theology, is that the ultimate punishment will be the same for everyone, based on the verse that says that ‘if you brake a command, you are guilty of braking all of them’ (Jm 2:10). This however does not speak of the degrees of punishment for the condemned but only about the fact that every breaking of God’s will carry eternal condemnation as if you break the whole of his commands (Jm 2: 11). On the contrary, Jesus leaves clear this notion by saying that everyone who sins will be punished, but the punishment will vary according to their guilt:

Even though we carry the consequences of Adam’s sin in us from conception, God can forgive that as He did to many in the past (Lk 1:15; Jr 1:5; Jg 13:5) in basis of Christ’s atonement; but this imputation becomes impossible once a human has committed deliberate sin, which will require necessary faith in Jesus and repentance.

IT IS TRUE that all unbelievers, unless they convert, will be sent to the Lake of Fire (Rv 20:15) and we need to preach Jesus to them; but by preventing them of their particular sinful conduct, even in state of unbelief, we are fighting sin, its global corruption, and the spiritual hardening and physical deterioration it causes on those who live doing sin.

Even if a person does not convert, we will have prevented him at least, of getting a bigger punishment in the Day of Judgement.