THE KINGDOM OF GOD 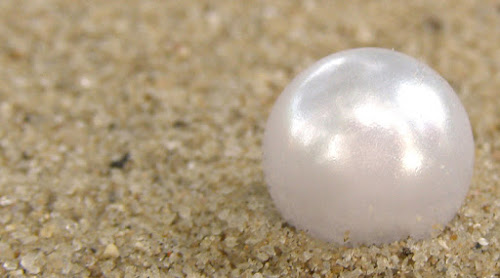 Here, our Lord Jesus Christ speaks to us about the great nature of the Kingdom of God, and what sacrifices we should be able to endure for it, which in comparison, is much greater in joy, happiness and nobility that anything else in life.

As in many other occasions, our Lord calls the Kingdom of God, ‘of Heaven’ (Matthew 3:2), officially, as referring that this realm of God is born from his presence in the highest, and not from any human effort or government. But also, for the fact that all the redeemed experience this Kingdom as soon as we pass from this world through death, into the spiritual realm of God until we reunite with our bodies after the resurrection (Ecclesiastes 12:7; Luke 23:43; Philippians 1:23).

However, the point our Lord Jesus makes here, is how precious is this Kingdom of God, compared here to great land possessions, and a pearl of great price. So important to us, that anyone who knows it, would readily leave everything people would consider great and precious in this life to obtain it. By saying that those who found it, were ready to sell ‘all their possessions’, Jesus implied leaving everything else, like partners, family, businesses, properties, professions, etc; that may be necessary to clear our way to do God’s will for us. It is a spiritual detachment, not necessarily a physical rupture, but in such a manner that they should never separate us from doing what we know is God’s will and be ready to physically break from them if necessary.

But our Lord also warns us about not stepping up to it.

In his last illustration of the end of times, our Lord compares the Kingdom of God to a fishnet that has caught all kinds of fish, but later these are chosen, and the reprobates thrown out rejected.

Jesus openly declares that the reprobates, will be thrown into a furnace with fire, as punishment for their unrighteousness.

This illustration has three main points:

1 – Unrighteousness here, implies not only lack of spiritual justification, meaning all those who rejected Christ’s atonement. Here they are within the fishnet of the Kingdom of God, referring to all those who have a faked faith, whose hearts have not been renewed by the Spirit or who have given up on the will of God, and have lived a worldly life. Those reprobate ‘Christians’ will also be counted together with the unbelievers (Matthew 7:21; 25:10; Romans 2:13).

2 – Evil will be punished. There is not final forgiveness or leniency. AS goodness will be rewarded, evil will also be punished.

3 – Even though in this verse alone there is no mention of eternal punishment, the chastisement is real, painful and just. With no mention of possibility of late forgiveness.

The work of Jesus Christ is the most precious thing in the whole universe.