SINCE CHILDHOOD YOU KNOW THE HOLY SCRIPTURES 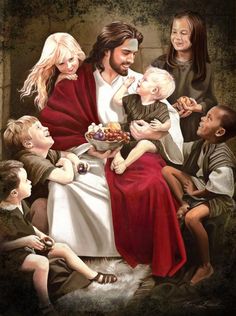 On one occasion, I went to a phone store to see different internet packages, and in the company of my mother, two attractive female young attendants came to serve us. They were in their early 20’s; one was blonde from Macedonia; and the other one had an exquisite southern Indian type, brunette, from Telugu nationality.

After we have finished our business, I asked them if they were Christians. The blonde Macedonian told me that she was Muslim, and the pretty Indian said she was Hindu. To this, my mother as usual, spoke to them briefly about Lord Jesus, and in a friendly manner told them that Jesus was a good friend, and that always will be there to help them if they called Him in faith, and invited to them to pronounce the Name : “Jesus”. To my surprise they stepped back, the brunette refused with the head, and the blonde girl openly said “NO”. It seemed like they were afraid to pronounce the Holy Name of Jesus in that manner, with the devotion and reverence my mother was speaking to them.

WE did not insist and left afterwards, but I am planning to go back to preach to them, specially to the Hindu girl. I thought how sad it would be for these two beautiful girls to condemn themselves.

WHY THESE GIRLS refused in such a rotund manner to pronounce the Name of our Lord Jesus of Nazareth?

Islam is a very radical religion, almost as hard as true Christianity; and Hinduism is one of the oldest religions in the world. Both knew this, and were very proud of their heritage, and having been born and educated within these faiths, the two girls were stubborn and obviously assumed that to pronounce the Name of Jesus in such a manner, with the evident devotion my mother was doing it, it would imply to give Him divine honour and therefore, to sin against their own faiths, which gives our Lord Jesus, the Son of God, the role of simple human prophet or guru.

In his second letter to Timothy, Apostle Paul says to his younger receiver:

“From infancy you have known the Holy Scriptures, which are able to make you wise for salvation through faith in Christ Jesus.”

These words are part of a larger encouragement Paul wrote to Timothy, reminding him to remain faithful to the things he had seen in Paul’s conduct and teachings, and what he had learned since early years from the Scriptures (Old Testament, and probably some of the newly apostolic writings), by telling him that in Scripture you can find everything to make you ‘wise for salvation, good to reproof, correct, teach in righteousness, and to be fully equipped for every good work’ (2Timothy 3:15-17)

Paul elected Timothy, among others, due to his strong faith, and the recommendation of the churches of Lystra and Iconium, which had known him since childhood, having Timothy been educated in Judaism and then converted to Christianity since early age together with his Jewish mother and grandmother  (Acts 1:5;16:1-3), to the point to entrust Timothy the implementation of the whole church of Ephesus (1Timothy 1:3).

OUR DUTY TO GOD

Even though Christianity is a religion of personal faith and conviction, and we await a personal decision before baptizing anyone; this does not impede that a child of a believing couple may be educated in the faith with the same conviction we adults have.

Timothy had such a strong faith in our Lord Jesus, because he was educated diligently within the Jewish and then Christian faith by his mother and grandmother since he could remember. Even though he was not baptized until he could ask for it personally, he had a salvific faith since he unconsciously surrendered to God and Jesus, even imperfectly, most probably since he could understand who God and Jesus was, at about 5 or 6 years old.

Sometimes we modern Christians commit the mistake of being so ‘matured’ in the faith, that we avoid indoctrinating our kids into the Christian faith, thinking that older they will make a clean decision. Or if we do, we postpone baptism to much later age, about puberty, or until they can recite the Church’s confession of faith and have basic theological knowledge. But all this is wrong.

When Jesus spoke of little children that came to Him, probably all pre-puberty and small kids, He said the words ‘little ones who believe in Me’ (Matthew 18:6), referring to their young age. If these little children ‘believed’ in Jesus, and their faith was accepted by our Lord as salvific according to the context, then it is assumed that like the Ethiopian eunuch of Acts 8 (Acts 8:35-39), not theological knowledge was demanded from any of them to be consider believers, and therefore to be accounted as worthy of baptism, apart from accepting that Jesus was who said He was and the Saviour of their souls. Any further knowledge was part of continuing discipleship.

But another thing equally important, is the quality of conviction infused in these young believers. Since they knew God from early age, when the soul is unintoxicated by doubt and disbelief, they grew stronger than many adult converts, who were tempted sometimes by the memories of old pleasures and the doubts of older philosophies. These young Christians grew strong and valiant, and an example to many, like the old Polycarp who said to his Roman judge:

“For eighty-six years have I served him (Jesus), and he has never done me injury. How can I blaspheme my King and Saviour”?

Like these two girls of the shop who fear Jesus (1Corinthians 12:3), our children should be educated in the faith from birth, and treated as any other Christian. They should be dedicated to the Holy Trinity from birth by their parents and be baptized as soon as they can express faith in Jesus as God and Saviour, even if they don’t know any thing else. All further religious education will come as they grow in the faith and mature.

Our children are the reflection of ourselves, and the continuing Church, the new wave of witnesses of Jesus Christ to the world, and we are under the sacred obligation to educate them into the Christian faith with word and example. We owe it to GOD, and it will be demanded from us one day, and that also includes the need to procreate. For this reason Paul said that ‘women will save themselves by having children’, speaking of the sacred duty of motherhood; the door through which living souls enter the world, and God’s servants are born (1Timothy 2:15). God did not give us the power to procreate in order to interrupt the dissemination process, but to do what we were supposed to do, and that is to procreate if we get married. It is a duty, not an option.

Disciples are made in different ways, and all by the power of the Holy Spirit. But from these, the ones who are blessed to be born into a Christian family, have the possibility to be the strongest of all, if educated properly in the faith of Jesus.