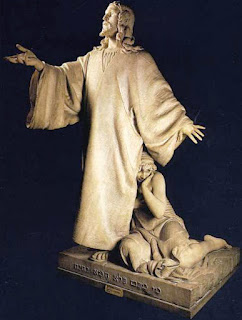 In comparative religion, the founders of various faiths are studied, purely from an historical point of view and their alleged teachings, trying to avoid as much, any pre-conceived dogmatic convictions that have no historical warrant. In Christianity, for example, the historical person of Jesus of Nazareth is called to analysis, without accrediting concepts like the resurrection or virginal conception. Purely and entirely from a sceptic point of view based only on the historical information available, and his alleged social and moral sayings contained in the Gospels and other documents that have no “super-natural” connotations.

One interesting fact, that keeps repeating again and again, is that when the persona of Jesus of Nazareth is compared with the founders of other major religions, always, without a single exception, the historical person of Jesus of Nazareth comes triumphant in comparison to any other, according to his moral teachings and historical achievements.

When Jesus of Nazareth is compared with the founders of Islam, Buddhism, Judaism and Hinduism for example, the person of Jesus ends up obtaining the highest moral standard and achievement in comparison.

Let us have a quick look:

Worldly prince who abandoned his wife and child. Preached for 45 years.

Jewish -Egyptian noble, educated in magic, killed a man before becoming a prophet. Preached for allegedly for 40 years.

Worldly prince, polygamous, lover of sex, adulterous, thief, who died killed by his own shield bearer by mistake. Preached for more than 50 years.