SHOULD CHRISTIANS CELEBRATE FEASTS NOT PRESCRIBED IN SCRIPTURE? 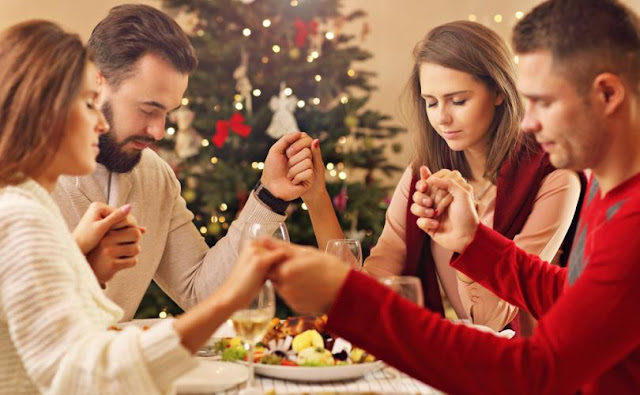 Many times, we may have encountered other Christians who have made harsh critics to others, for keeping Lent, Easter or Christmas.

The reason they give, is that the Scripture does not prescribe any “Christian” festival, neither commands to celebrate the above-mentioned days. And even more, they attribute to them, a pagan significance, pointing out similar celebrations that pagans kept on those days before Christianity arrived, and the deliberate intention of the Church at the time, to overshadow them under a “Christian” façade.

To this claim, we must have two things in mind:

If God wanted something to stop, or not to be practiced; He would have said it expressly, or at least, implied within the scriptural principles.

God gave humanity creative power and freedom. It is a quality pertaining to our Godly Image and Likeness. And with that, God given faculty, it is our freedom to worship and make offerings to our Creator, not only through the things He requested, but also through initiatives of our own spirit and mind. What God wants, is to stop sinfulness, not our creative power.

We have the freedom to worship God, at any time and day of the week, in many manners and forms; and to commemorate scenes and events of his ministry, and life on Earth; as long as it is done with devotion, respect and in good doctrinal standing.

2 -   JESUS CELEBRATED JEWISH FESTIVALS NOT COMMANDED IN THE TORAH

Even though the New Testament does not expand on this; it is assumed that Jesus maintained all the celebrations a normal Jew would. That is why when his critics spoke about Him, they did not reproach any fault on Him regarding his religiosity (Matthew 13:55; Luke 2:52), except his marvellous knowledge.

It is assumed Jesus kept Purim, the celebration of the deliverance of the Jews by Esther; and He definitely kept Hanukkah, or Feast of Re-dedication of the Second Temple under the Maccabees (John 10:22); both adopted by the people of Israel and Judea of their own free will, without the express command of God or allowance in the Torah.

Jesus celebrated together with his nation, all the Jewish festivals the Torah commanded, plus the other human festivals that the Torah did not command, but that the Jews adopted out of piety, without God’s permission.

Jesus also worshipped not only in the Temple as God commanded in the Torah; but in the synagogues, every Saturday; as God never commanded, but was adopted by the post Babylonian Jews.

Jesus did all of these, in full knowledge of their origins, and in full righteousness; because, they all honoured his Father and nothing in them was sinful but born from the love of Judea for their God.

The same way today, Christians have adopted Lent, Easter, and Christmas; as memorial days of important days in the life of its founder, Jesus.

In those days, they keep with Jesus the time He spent in the desert fasting for 40 days, while they prepare to commemorate the sacrifice of the Cross and Resurrection, and also the day Jesus incarnated on Earth. All to the greater Glory of God, and with the same clean conscience that Jesus celebrated those Jewish festivals that were kept during his time.

That these days were established over old pagan feasts, mean absolutely nothing. That was done with the honest intention of destroying rival pagan celebrations, so that they would become erased from the world memory. That the Christian feasts that were established on those days, had nothing to do with the pagan celebrations they replaced. Even today, these will be totally unknown, if they had not been brought to discussion by morbid minded “believers” who want to attract attention by creating unnecessary conflict among pious Christians.