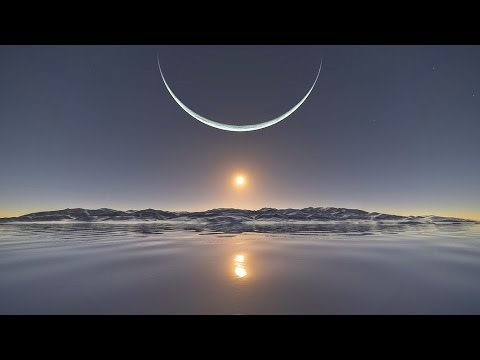 Many new converts ask this question when they read the account of Creation in Genesis 1:3-5 and 1:14-19:

Many have given distinct answers to these verses; from the traditional Jewish version that it was the divine light of God (1), to modern revisionists that attribute these verses to primitive legends of pagan origin, adapted to Judaism by their priesthood (2), specially since science now knows the Earth to revolve around the Sun, being this Sun much older in existence than the Earth, making impossible the idea that the Sun and Moon came into existence on the fourth day of creation.

However, the orthodox interpretation is different.

The Bible indicates that God created Earth and Heavens in relation to each other, making them interconnected and interdependent from one another (Genesis 1:1). But the ordination of the elements of this creation, came in a gradual way
(Genesis 1:2-31).

The Bible also states that while humans did not exist, a dense mist covered the whole planet (Genesis 2:6).

When God dissipated the darkness (choshek – וְחֹ֖שֶׁךְ) that covered the planet, He obviously did it by creating the Sun and the Moon, but those bodies were hidden from natural eyes under the heavy gaseous water that covered the Earth, being only possible to perceive the light they gave, without been visible.

It is only later, when God cleared the atmosphere, that the Sun and the Moon became visible from the planet, not that they were created then.

When Genesis speaks of the Sun and the Moon, it says that He ‘Let to be’ or ‘Let to pass’ ( יְהִ֤י – Haya), and not the word ‘Bara' (בָּרָ֣א), which means to ‘create or shape’ .
In other words, God did not ‘create’ the Sun, Moon and the stars on the fourth day, but only made them visible from Earth, then.