MARY OF NAZARETH IN THE NATIVITY OF JESUS 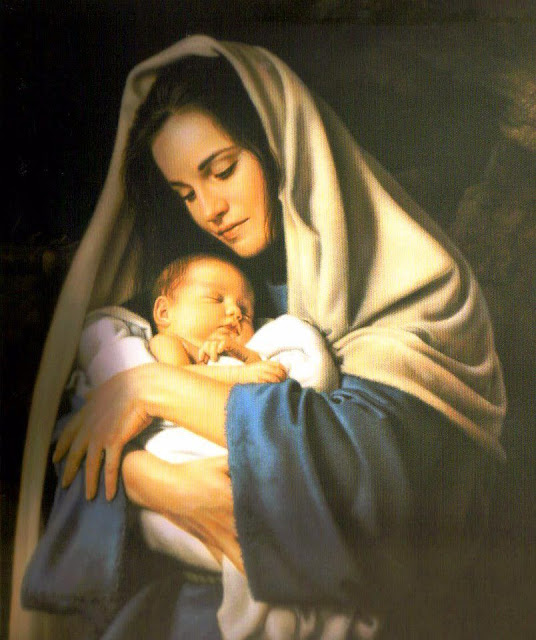 Sometimes, driven by the enthusiasm of the nativity of our Lord Jesus, and in the trouble to give him all the attention and worship he deserves, we forget the role of his mother, Mary of Nazareth, the most important instrument by which the miracle of the incarnation took place.

All the reliable information we have from our Lord’s life, it is contained only in the New Testament, and most importantly, in the four Gospels that conform his biography

These four biographies were written by people who were not personal witnesses of the whole life of our Lord (Luke 1:1-4). At its best, they are attributed to two members of his Twelve Apostles, and two of their immediate disciples. All the information they gathered about the life of Jesus up to his adult public life, it must have eventually come from Joseph and Mary’s personal testimony and stories. And from these, some of them, like the annunciation, were only known by Saint Mary alone.
(Luke 1:26-38).

As we know from Scripture, all the great members of our story of salvation, were chosen before they were even made for the roles they were eventually called to. Such were the cases we know of Jeremiah, John the Baptists and Saint Paul (Jeremiah 1:5; Luke 1:13-15; Galatians 1:15). It would be naïve to think that Mary was not also chosen and conditioned for the greatest role in the universe, to be the mother of our Saviour.

However, even after being elected and conditioned, this mission was not forced on her. Mary preserved always her free will, and in control of that free will, she accepted the role of being made the mother of the Son of God, the Messiah and our Saviour, and all the responsibilities it included (Luke 1:38). We do not know for certain how old Saint Mary was when she was told of the incarnation, but we know that she blindly accepted it, openly declaring her faith and submission to the will of YHWH.

She suffered adversity and risked of her life while protecting her son. She delivered our Lord in a stable in the middle of a trip (Luke 2:1-7) and avoided being killed by King Herod the Great by running away to a foreign country (Matthew 2:13).

She breasts fed our Lord and nurtured him, and protected him from all dangers during his early years; and most probably she taught him his first prayers and to keep the Sabbath.

But not only that, but she accompanied her son in his public life, and with great pain, she witnessed his trial and crucifixion, being totally impotent to stop it
(John 19:26).

Saint Mary of Nazareth fulfilled faithfully the greatest mission given to a human being, to be the Mother of the Saviour of humanity, who in his humanity took from her chromosomes. A mission unique to the story of the universe, unrepeatable, and unequal to any other.

For this reason, being filled by the Holy Spirit, Mary prophesied about herself:

“For behold, from now on all generations will call me blessed”
Luke 1:48