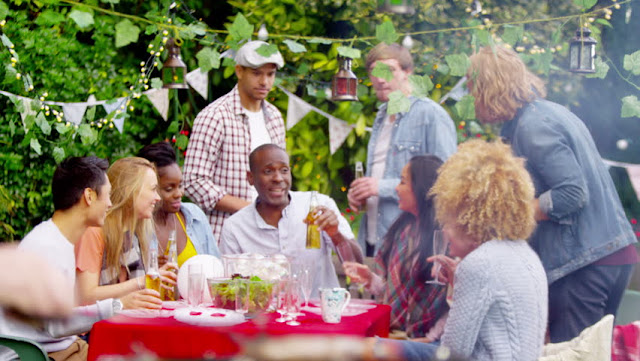 This is a very discussed issue in the Christian world; especially when abusive consumption of alcoholic beverages can cause embarrassment and dependency in all those who drink it.

Some have come to think, driven by a desire of pious behaviour, that neither Lord Jesus not the Apostles drank alcoholic beverages, but that every time ‘wine’ is mentioned in the NT in relation to them, it is referring to grape juice before coming to fermentation, which in turn does not cause drunkenness.

But the truth is simple.

Lord Jesus drank alcoholic beverages that caused insobriety, which served as an excuse for the Pharisees, to call him a ‘drunkard’ (Matthew 11:19; Luke 7:34).

Even though this remark was a mockery to the Lord, it would not have strength if the beverages that Lord Jesus drank had not the capacity to cause drunkenness.

We also see in the scene of the Canaan wedding (John 2), that this kind of ‘wine’ (οἶνον), the NT speaks about, was in reality wine as we know it today, with the capacity to cause intoxication. In this story, the Groom is confronted by the Kitchen Master about his decision to bring out the ‘fine wine’ late in the party, referring to the newly made wine by Jesus, by telling him that he should have brought the fine wine before the other guests were “drunk’ (μεθυσθῶσιν )(John 2:10). The simplicity by which the story unfolds, lets us know that this was the rule of drinking at any party, to consume alcoholic beverages, and not fruit juices.

To add to these two cases, we have the fact that Lord Jesus established the Last Supper with alcoholic wine, as it was the Jewish custom to celebrate the Passover, and that is the way it has been celebrated ever since (Matthew 26:29).

We also have the recommendation of Paul to Timothy to drink wine, instead to water only, in order to better his health (1Timothy 5:23).

All Biblical data, proves that alcoholic beverage consumption was permissible among the Christian, following the example of Lord Jesus; but ‘drunkenness’ was always avoided and condemned as sinful.

Drunkenness is condemned as sinful, because it causes an alteration of the mind and its capacity to distinguish objective reality and loss of inhibitions.

When all of these come into effect, the human being becomes incapacitated to function properly, under the danger of harming others or even himself or herself through a series of bad behaviour.

As in the Canaan wedding, when Jesus made the water into fine wine, he did it not for the other people to become drunk, but to supply the need of goods for the Groom and the Bride. The responsible consumption of wine was left to the people serving it, and finally to the individuals who drank it. So, whether they drank moderately, or in excess, the whole responsibility was in our hands.

A Christian is allowed to drink alcoholic beverages, but never to get drunk, just like Master Jesus did.