ARE MIRACLES AVAILABLE THESE DAYS? 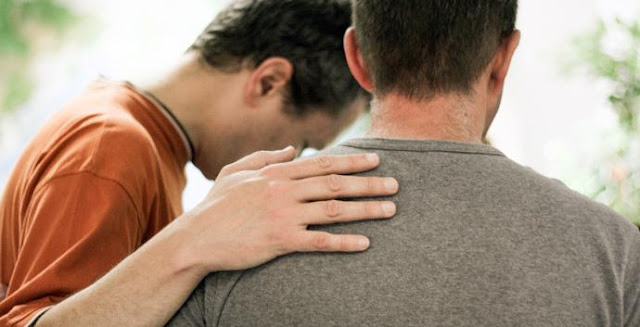 Some Christians think that God’s portents have ceased for the world these days, including all supernatural gifts mentioned mainly in Acts and 1Corinthians.

Their argument is that the reason for these miracles were the establishing of the Church on Earth, and for this, God accompanied his Apostles and all supernaturally gifted people of the time with portents and miracles, which was the way God showed his approval to their teachings about Jesus as Lord and Messiah.

Furthermore, they point to the declaration of St Paul in 1Corinthians 13:10: “But when the perfect comes, the partial will pass away”, assuming that this refers to the final compilation of the Scripture, and that for this reason, no more miracles are needed to prove anything. Now God just demanded ‘faith’ to the Scripture, and that’s it. The age of miracles is gone.

This is a very subjective view on the matter.

When Lord Jesus performed miracles, he said that the believers will make the same and more, because he was going to the Father (John 14:12); and before he departed he said that supernatural signs will follow to all those who believe in him, making a list of certain portents mentioned in Mark 16:17-18. To believe that Jesus was referring only to the Apostles, it gets debunked by the declaration in Mark 16:17, where he says “these signs will accompany those who believe”, speaking clearly not of the Apostles who already believed and did those miracles from the beginning (Matthew 10:1; Luke 9:1), but from those who were going to come to believe under their preaching, without putting a generational line of expiry on these promises.

Lord Jesus never said that these miracles and wonders will end, but that they will follow everyone who believed in him, as confirmation of his eternal presence within his people (Matthew 18:20; 28:20).

Also when Apostle Paul described the many gifts of the Holy Spirit in the universal Church and the local Church of Corinth, he speaks of them as being a free gift from God to each individual who believes (1Corinthians 12:4, 11) in order that all of us may help to build the Kingdom of God on Earth (1Corinthians 12:7, 21-26), which is still being done until the Parousia.

The whole epistle of First Corinthians deals with everyday issues and problems of the local Church of Corinth. Different topics are dealt with across this epistle, and chapter 13 is a sequential part of these topics.

The whole chapter deals with humility to the will of God, in order to avoid personal egocentric problems among the members of the local church, specially from the abundance of supernatural gifts.
In this chapter, Paul speaks that despise the number of supernatural gifts that God may have granted us, if we do not have a true believer’s heart, full of love towards God and one another, the possessions of these gifts, and even to give one’s life in martyrdom, would be fruitless; meaning, it won’t be accounted on our favour by God (1Corinthians 13:3).

St Paul continues making a poetic list of the things that true love can endure and do, and ends up claiming that Love will endure for eternity, since there will be a time when even Prophecies, Tongues and Knowledge will ceased, “when the perfect comes”  ; because we will finally will be in the situation of not needing them, because all the reasons to have them, will end.  At that time, we “will know everything, as much as we are known” (By God); and through all this, Love will be the last one standing (1Corinthians 13:8, 13).

The question is, what is that ‘perfect and complete’ thing Paul is speaking about as the sign of the end of prophecy, gifts and miracles?
If we consider that Scripture is a controversial topic and is still misused by many to present different ‘truths’, and that the Church of God is still growing to the “full stature of Jesus” (Ephesians 4:12-13); it could hardly be considered to be ‘Scripture’.

But if we consider that the ‘Perfect and Complete’ is the Church, totally grown into maturity, and with the infused knowledge of the Spirit in order that Faith is not needed anymore, or supernatural gifts of any kind, because we will have full knowledge of everything and the presence of God to watch over us; it can only be consider to be the time of the New Jerusalem, after the Great Judgement, when all the Children of God are glorified for all eternity, where only God’s love unite us all with Him and with each other (Revelation 21:3-4).

There is absolutely no Scriptural reason to deny the activity and reality of supernatural gifts and miracles in the Church today.

The reasons why they were given, the convincing of the unbelievers and sceptics; and the building of the Church of Christ, are still as current as they always were. And neither Lord Jesus or any Apostle, suggested a time of expiry of any of these gifts before the Parousia of Jesus.

The gifts ‘ceased’ or decreased in history, when Liturgical innovations entered the Church, and freedom to worship was sacrificed for order and uniformity to serve the Empire and universal union. But it has sporadically manifested in all those who have expected these gifts from God, until the recent recovered freedom of worship has rekindled the power of the Spirit in the Church of Christ, across the globe.

But even then, the Spirit will not manifest himself where he is not expected.

“And he did not do many miracles there because of their lack of faith.”
Matthew 13:58