DID ADAM HAVE TO EAT TO KEEP ALIVE? 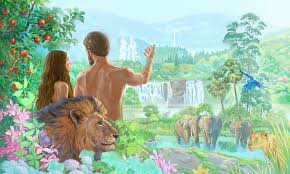 Most Christians agree that Adam and Eve were created immortal physically, that is, that they were never going to age and suffer death as we do today.

So, if the first human couple were immortal by nature, the question is:

Did they need to eat food in order to survive as humans do today?

WHAT THE BIBLE SAYS

First, we need to demystify the creation of human nature.
The Bible speaks that God created the trees, green leaves and fruits as food for all living creatures, including animals and humans (Genesis 1:29-30). From this we deduct that when God said that humans would ‘Lord’ over all living creatures on the planet, He did not mean that we were going to use them as food or killing them (Genesis 1:28).

Another thing to consider is the circumstances to what the human nature would be subjected.

Adam and Eve were not given evil inclinations and uncontrollable passions like we experience today. They are the fruit of a post Adamic state, subjected to inclination to sin; but the first couple were free from these uncontrollable impulses, however, they were also given ‘freedom’; and with this freedom, they attained the capability to choose to think, speak and act, according to God’s desire, or against it.

So in Eden there was not evil present, but the potential of committing evil it was latent from the first day. So, what would have happen if one of the living humans, unfallen and in perfect condition, decided to ‘kill’ another human, let say, by stubbing them?. As nothing in Scripture pertains us to view a supernatural condition of life, except the incapability of physical death, we can safely assume that if a human being is subjected to a severe deadly trauma, like being cut in half, or smashed with a heavy weight; he or she would stop existing, meaning, they would have died.

The Bible does not give warrant to think that Adam was ‘immortal’ in the sense that he would survive and continue a natural existence, even by being a severed head from a body, or an undistinguishable mass of matter smashed under a rock.

The immortality that humans had, was that they would not suffer ‘natural death’ by old age or sickness, and under normal pacific circumstances, but not under ‘all’ circumstances.

If this is correct, then the consumption of food would be more natural to understand as a source of nourishment to continue the God given metabolic system we all humans have from creation. In other words, old age did not come to us, because we had a perfect metabolism where our cells repaired and replenished from eating food, in the same quality as they were created, provoking a permanent youthful state that never diminished.

God gave us metabolism, that is, the capacity of our bodies to function as they do today in the best condition. Part of this metabolism included the renewing of cells, by eating matter, and defecating and urinating the left overs that we do not need from solid food and liquid. There is no other reason for metabolism, neither another need for eating, than to support the metabolic system of living creatures.

So, we can safely assume, that god gave Adam and Eve food to eat, to support this metabolism in order to maintain the condition of their material bodies. Had they refused to eat, they would have fallen weaker, and eventually succumb to these unnatural circumstances.