WHY WOMEN ARE NOT ALLOWED TO BECOME MINISTERS 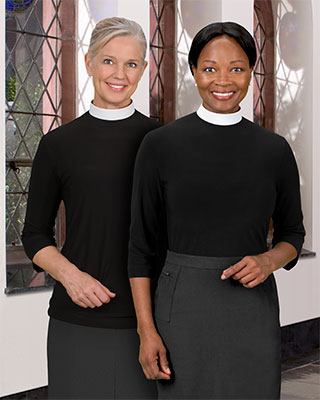 When God created Adam and Eve, He created the woman subordinated to the man in all aspects, except in themes of direct obedience to God Himself.
And this, even before the Fall took place (Genesis 2:7, 15-25).

WOMEN AFTER THE FALL

Once the Fall took place through female instigation, and Adam fell, the whole of humanity was afflicted by that Falling into sinfulness, and as a consequence, God decreed women to be subservient to Man’s desires on a permanent basis. And this situation seemed to last until the Second Coming of Jesus the Redeemer, when He would invert the order of Creation status, into a place of Glory for the glorified
(Genesis 3:16; Romans 8:19-22; 2Peter 3:12-13; Revelation 21:1-4).

When the Temple Worship was established, during the times of prophet Moses, the priesthood was given only to males of the chosen tribe of Levi, but not to all of them, but only through Aaron, Moses’s brother
(Exodus 28:1).

This spirit continued on with the Ministry of Jesus of Nazareth, who having a vast number of female followers, never considered one of them, not even his own mother, as a candidate for a Disciple, Apostle or be considered by his eleven apostles, as a possible successor for Judas Iscariot. In fact, the candidate needed to be a male specifically
(Mark 3:13-19; Matthew 10:1-4; Luke 6:12-16; 10:1-2; Acts 1:21-26).

This problem has risen questions about the historical part of the decision by Lord Jesus and the Apostles not to chose women as ministers, or Elders in the Christian Ministry, by saying that they opted to keep the accepted custom of the times, by refusing to accept women whom they knew will be rejected ipso facto by most of the population of the time. However, in his prohibition of women to exercise power over the males in the Christian assembly, St Paul gives the punishment clause of Genesis as the motive of that prohibition:

“Let a woman learn quietly with all submissiveness. I do not permit a woman to teach or to exercise authority over a man; rather, she is to remain quiet. For Adam was formed first, then Eve; and Adam was not deceived, but the woman was deceived and became a transgressor. Yet she will be saved through childbearing—if they continue in faith and love and holiness, with self-control.”
(1Timothy 2:11-15).

The point of making the woman to become a mother, which is the vindication of the desire of God as a primarily motive of creation, shows how literal Paul considered the story of Genesis.

For this purpose, the Apostles did not agree on women, to represent the congregation of the saved before YHWH, our Heavenly Father.

Even in the case that spiritually, in Christ, all women and men have the same value, regardless, the particulars of every status proper to every form of life, persists until the New World Order gets stablished. The Man, being the head of the family and the human genre; and the woman, being the male’s companion and mother of all human creatures
(1Corinthians 11:3; 1Timothy 2:11-15).

True Christianity does not allow Female Ministers in their local churches. It has never done it. Female Ministry is a later addition to the doctrine that has become a tenet of apostasy everywhere you look at it.

Those who usually prefer women in places that only belong to men, have also usually other errors, as a sign of a multiphasic corruption that is drilling today in the Church worldwide.

Women can preach to other people who are not believers, and women and children who are believers (Acts 18:24-26), have the office of a Prophet in a local Church (Acts 21:8-9), or become full time deacons (Romans 16:1-2), and also help their husbands in the full time Ministry of Elder (Romans 16:3-4), but can never be herself, named as a Presbyter.