THE NEED TO CONGREGATE 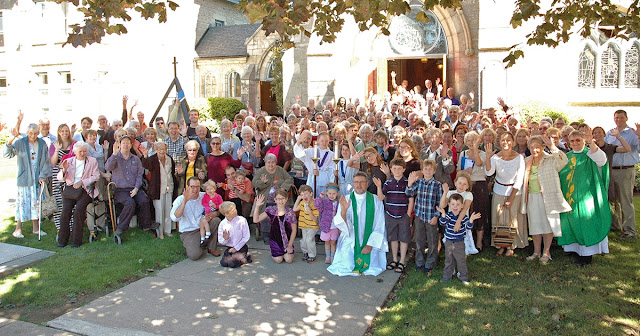 Often we have encountered Christian brethren that have stopped assisting to Church and to worship in community with other fellow Christians. Most of these people allege to have suffered some sort of abuse or disenchantment with the way they were treated in the congregations they assisted originally. They, without being expelled from the local Church, chose to stop assisting in order to live a life in solitude, while still reading the Bible, praying and even watching religious programs through the media, which they consider to be enough for a healthy spiritual life in communion with God.

As justified as it may appear those claims, the decision to isolate it is not the correct one according to the spiritual advice of Scripture.

CHRISTIANITY IS NOT A PHILOSOPHY

Christianity is not just a philosophical theory that can be adopted and lived out in everyday life individually. Christianity is a religion, and like any other religion, it has a mystical aspect and a physical reality at the same time.

Certainly, Christianity contains spiritual principles that can be lived and indeed are requested to be lived faithfully on an individual, personal basis. Values like forgiveness, mercy, modesty, pursuit of truth and nobility, charity, love for one another, prayer, study of Scripture, and many more, are Christian principles that need to be put into practice in order to progress spiritually towards our glorification. But Christianity has also other elements of a very material nature, that also are fundamental to our personal redemption. As humans are not only spirit, but also matter; Lord Jesus took care that also our material aspect should be attended in order to attain a wholesome complete development.

Communal worship, communal study of Scripture, communal participation of the Sacraments and communal living, are also essential to our Christian human nature.

From the times of the OT, God wanted to be worshipped by the whole of his people in community, and not in the form of isolated individuals (Exodus 5:1; 8:1, 20: 9:1); and for this reason He made a nation out of Israel (Genesis 12:2), to be worship by them together as one (Exodus 6:7; 29:45). He gave Israel the circumcision as a sign of belonging to a group, which would have been pointless if God have not had in mind to create a community of believers. He also gave them social laws, and national festivals to be observed as a nation (Deuteronomy 16:16), and communal temple worship (Exodus 30:16).

Lord Jesus on his part, told of the establishment of an ἐκκλησία, or Assembly of Believers (Matthew 16:18), and even spoke of the whole group of believers in future sense, as a community, not in individual terms (Matthew 18:17).
Jesus established Sacraments or Ordinances to be practiced by the Community of believers, like Baptism and the Holy Supper, and so did the Apostles (1Corinthians 11:26; 12:12-13; James 5:14); Ordinances that would not be possible to keep in isolation, neither we can disregard as not important, since Jesus would not command something to be done and expected to be fulfilled if they were non important.

A second aspect of communal living is that we are measure within the Christian community, by neutral third-party criteria, and not under our own personal opinion. Our conduct, our spirituality, our progress, spiritual discernment and many other issues, are brought into proper perspective by the testimony of the community, which in turn can help us to have a real image of ourselves, not a false impression, and help us to see our mistakes, shortcomings, and become better Christians.

By studying the Scripture in community, we are safe guarded of falling into heresy and all forms of false teaching. By listening to the Gospel being preached to us, we can see other angles of the Scripture that we did not notice before and that are useful for our lives.

A fourth aspect of communal living is that we have the opportunity to put into practice Christian values and charity, and help one another, that is the opportunity to receive, as much as to give spiritual and material support from and to the community. As well as having Pastoral care over ourselves.

The idea that the Christian life can be lived in isolation, not having an active intercommunion with another organized group of Christians, it is a deception, used by the devil, who wants us to separate ourselves from the flock of God, to weaken us spiritually, socially and doctrinally.

In isolation, the devil starts corrupting our understanding of the Word of God, building fantasies and a deceiving self -image, either in the form of a “hero”, or a “victim” in relation with other Christians. Once these deceptions have taken root, the problem becomes too strong to be broken easily. Usually, believers in this condition, reject all kind of external help or invitation to commune with other Christians, under the false deception that they do not need anyone, and that they are ok, by living a “virtual communal life”, through random contact with other renegades, who instead of building each other, they usually only comment on the reasons of their isolation, blaming anyone and anything else, except themselves for that condition, and transmitting each other the bad doctrines and errors they may have fallen victims already by satanic deception.

This is a serious problem that affects more and more all Christian communities around the world, and the greatest part of the blame falls actually on the Ministers of those congregations, but also in the community itself.

IT IS OUR RESPONSIBILITY

A Christian community has to look after the most vulnerable of its members. And these are not usually from the well-established and professional folk among us, but the poor, the lonely, the marginal. Human beings under those conditions already suffered social rejection, and they come to Church looking for the Christian love and acceptance they read about in Scripture that Jesus taught. If we, active practicing Christians who are the Body of Christ on earth, do not live up to the teachings of Jesus, we will not be able to provide these weaker brothers and sisters with what they need. And the responsibility to make sure this goes well, resides on the pastor of the congregations.

It is the job of the Minister to ensure the path of salvation and sanctification of the community he has in charged from Jesus. In other words, if his community is falling short, he is falling short of his duties. If some one walks away disenchanted, the Pastor has failed to provide proper welcome to the new arrival as well as the weaker brother or sister, who left because he or she felt better off in the world that in the House of God.

It takes all of us to stop this from happening. Pastors, community, and isolated brethren. What ever the problem that has moved someone to not congregate, it is better off to move to another congregation that not to congregate at all. THAT IS A DEMONIC LIE, THAT ONLY WANTS YOUR ETERNAL DAMNATION.

Isolation is not the solution.

No congregation is perfect, neither is any of us, isolated included. If you think, isolated brother and sister, that you do should not congregate because you are better than them, that’s a deception, you are probably as bad as they are in other things. If you think they mistreated you, worse things suffered Jesus and the Apostles, even from their own family members, and they persisted in living the way god wanted them to live.

The best way to prove wrong those who let you down, is to remain faithful and strong, and not by falling victim to their errors.

“Not giving up meeting together, as some are in the habit of doing, but encouraging one another--and all the more as you see the Day approaching.”
Hebrews 10:25