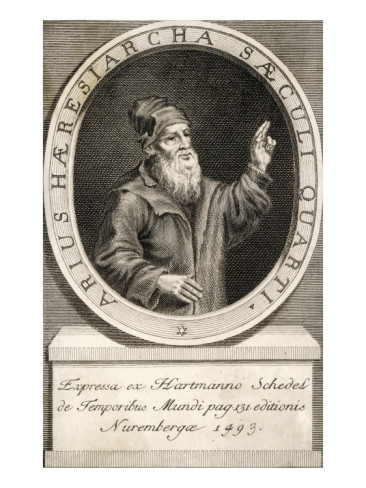 1 – IF JESUS IS GOD, WHY THE FATHER NEVER SUBMITS TO THE SON, BUT THE SON IS ETERNALLY SUBMITTED TO THE FATHER?
“When all things are subjected to him, then the Son himself will also be subjected to him who put all things in subjection under him, that God may be all in all.”
(1CORINTHIANS 15:28)

2 – IF JESUS IS GOD, WHY DOES NOT HAVE THE SOURCE OF LIFE IN HIMSELF, BY RECEIVES LIFE FROM THE FATHER?
“For as the Father has life in himself, so he has granted the Son also to have life in himself.”
(JOHN 5:26)

3 – IF JESUS IS GOD, WHY DOES HE CALL THE FATHER “MY GOD”?
“The one who conquers, I will make him a pillar in the temple of my God. Never shall he go out of it, and I will write on him the name of my God, and the name of the city of my God, the new Jerusalem, which comes down from my God out of heaven, and my own new name.”
(REVELATION 3:12)

Here I will try to answer these objections from the Trinitarian perspective. It is assumed the reader is familiar with Trinitarian doctrine, so it will not be explained in detail.
Here some brief answers:

However, this triune manifestation of God is not chaotic, rotative or over posing in the Scriptures, it has an order.

The one we call Almighty Creator, Eternal Most High God of the Universe, God of Adam, Abraham, Jacob and Moses, the God of Israel and the Temple, is not an unknown being hidden behind three diffused secondary characters, but He can be known, spoken and dealt with as Elohim, El Elyon, El Shaddai, YHWH, or The Father.

The Father is the direct manifestation of God, eternal and prime source of everything else existent, even the source of all other manifestations of this eternal God (Genesis 21:33; Psalm 48:14; Job 36:26), as it is the Word, known as The Son, manifested in human form in Jesus of Nazareth (John 1:1, 14); and the Spirit, known as Holy Spirit, also known as The Advocate. (John 14:16).

All other manifestations of this eternal God, that come from YHWH, or The Father, also known as “hypostases”, even though all share the same divine nature with the Father, they are subjected to Him alone in function, not in nature. Very much like an adult man, being as much human as his father, is nevertheless subjected out or respect and relational correspondence to his own elderly father always, without being a lesser kind of human.

In the same way, the Son is eternally subjected to the Father in relational correspondence, even when his divine nature is as eternal, sacred and mighty as the Father.

This expression of the Lord implies two different meanings.

The first one it is closely related to the order of the Trinity, as explained in the answer above. Since the Son emanates from the Father (Commonly term used is “begotten”), all life and divinity is an extension of the life and divinity that resides eternal in the Father. The life force that resides in the Son, eternal as it is by nature, comes originally from the Father alone and out of his Free Will from eternity, very much as human offspring inherits human nature from their progenitors, thus becoming truly human on their own right from the very moment of conception.

The second reason has to do with Jesus’s human nature.

As a human being, Jesus of Nazareth was not a kind of “super-human”, but a human like any of us, only free of original and personal sin, and in a pre-adamic state, that is, incorruptible, immortal, unable to age or get sick. However, He had to be “anointed” as Messiah in the human sense, to perform his messianic ministry. This happened at the descend of the Holy Spirit at his baptism.

This does not mean He had no super-natural power and insight from birth, He was always and at all times God, but as “Son of Man”, He needed in human terms, to be granted by YHWH, the Messianic status, and with it, all the redemptive rights, not power, to perform his ministry. One of these, was to be the reason of salvation to humans who would come to repentance and faith in Him and his atoning sacrifice. By being Him the source and channel of salvation, Jesus uses the expression to have been given life in Himself, because from believing in Him, humans could aspire now to eternal life according to the Father’s Will, who granted this role of Saviour to the man Jesus of Nazareth.

This should not give reason to Arians and semi Arians to think then, that the Son had a time measured beginning. Divinity cannot be hold in time, neither can have a beginning or and end, neither can be ‘passed on” as an attributed to created beings.  God cannot “make” another God. Nobody can be “made” or “become” God.

Certainly the Son, as begotten from the Father has a moment when the begetting happens, but being all of this occurring within the Divine Nature of the Almighty, this process of begetting happens outside time and space, in an uncreated, unconceivable, unplaced, untimed reality, unable to be held by any created being, be they humans or angels or any other nature.

All limited intelligence can perceive, is through human terminology that can refer to us similar concepts that we can understand. In this sense, YHWH is the God and Father of the Word, the Son, because all his nature was born from YHWH. Without the Father, there is no Son.

Another reason why Jesus the glorified man calls YHWH his God, is because the glorification of his humanity, within the whole process of incarnation and salvation, also known as “Paschal Mystery”, is willed and executed under the command and desire of the Father. So truly speaking, when speaking as mere human, YHWH is truly the God of Jesus of Nazareth.

Neither of these two expressions and concepts affects or diminishes the divine nature of Jesus, who directly in the Old and New Testaments is called God:

“For to us a child is born, to us a son is given; and the government shall be upon his shoulder, and his name shall be called Wonderful Counsellor, Mighty God, Everlasting Father, Prince of Peace.”
Isaiah 9:6 (Compare with the Hebrew expression in Isaiah 10:21)

“For in him the whole fullness of deity dwells bodily”
Colossians 2:9

“He is the radiance of the glory of God and the exact imprint of his nature, and he upholds the universe by the word of his power.”
Hebrews 1:3