THE MEANING OF PENTECOST 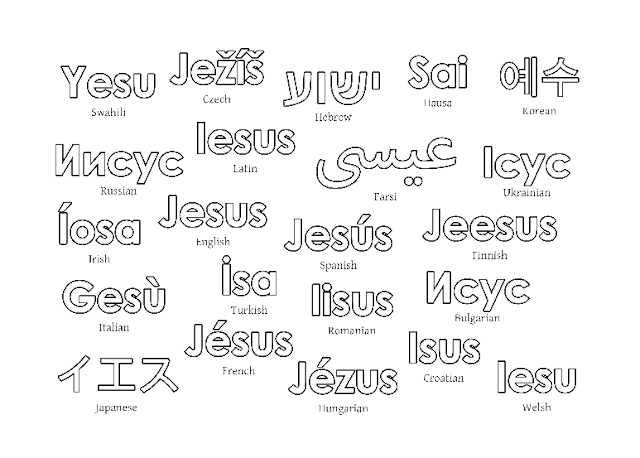 The day the Holy Spirit descended over the 120 people gathered in the upper room mentioned in Acts (Acts 1:12-15; 2:1-4); the new born Christian Church started to speak in a manner that was understood by people of different nations and languages, people who spoke totally different languages, from Rome to Mesopotamia, passing through North Africa and the Mediterranean islands.

Professors of Scripture debate whether those infused with the Spirit of God spoke in other languages, or actually they spoke in Aramaic, their mother tongue, but were understood by everyone else in their own language; the fact is, that either way, that day the Church preached the Gospel of Salvation to the whole World in their own language and terms.

In that Pentecost day, not only a new dispensation was inaugurated, where for first time the Holy Spirit of the Lord was going to reside within the spirits and bodies of the regenerated believer in fulfilment of Joel’s prophecy (Joel 2:28), but the ethnical and national barriers that separated the human race were removed to unite the whole of humanity into a single people before God their Creator, through the atonement of Jesus Christ, and the regeneration of the Holy Spirit
(Romans 5:9; 1Corinthians 12:13).

The Gospel of Salvation was presented to all humans, from every nationality, race, sex, age and social status, and it was presented in their own languages, to make this clear, that they were accepted, but not only that, that GOD was coming to look for them, who were dispersed like sheep without a Shepherd, and not the Church waiting for them to come to knock on the doors to ask about Salvation.
God went out to look for them, not waited for them to come to Him.

WHAT IT MEANS FOR US TODAY

1 - Following the theology of Pentecost, and the Will of God manifested to the Church and to the World on that day; the living Church of Christ is under obligation to actively go and search for the lost, not waiting statically for the lost to come to her in search of Salvation.

For this reason St Paul said:

The Church is under the obligation to flood the whole planet with the Gospel, homes, work places, schools, Armed Forces, streets, media and market places; and this will not happen by sitting on benches with close doors waiting for sinners to come to her. It has to be an aggressive initiative to introduce the Message of Salvation through every means possible, radio, TV, internet, reading material, active preaching and living testimony in general, to the point that nowhere in the world or mode of life, even in jails, hospitals, nightclubs, cassinos and places of sin, the Gospel of Christ may be heard by all.

2 – Other aspect of Pentecost is that this Gospel has to be preached to them in their own language and modality.

Worship, preaching and discipleship have to be done in a language accessible to all, in a manner acceptable to everyone, according to their own identity. The Gospel not only has to be translated linguistically for every national group, but also adapted to the culture of those we are seeking. In order to do this, dead “Liturgical” languages and manners have to be removed, and replaced with modern, current ways of communication that are familiar to the ethnic communities we are evangelizing. Certainly there are things we cannot compromise, as some do, misunderstanding this, by sinning of syncretism, but certainly we can interculturalize Christianity by adopting licit forms of local customs for worship and teaching.

To translate and adapt the Message of Christ to all levels of society and all national identities is not an option, but an obligation on our part before God, because in Pentecost, His intention for us towards the World was made plain clear. Until the Name and Message of Jesus Chris is heard everywhere, by everyone, and in their own language and culture.