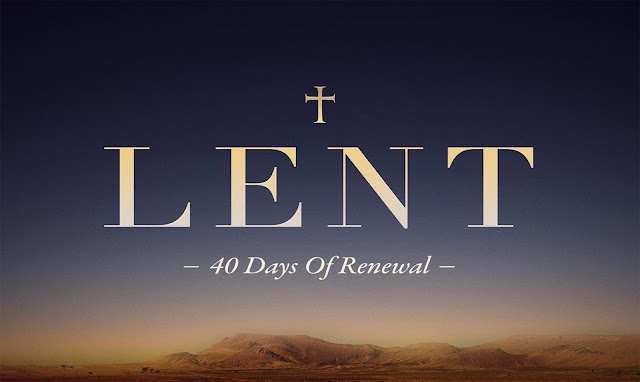 Lent is the period of approximately seven weeks or 46 days that Christians from all rites and nationalities dedicate to fasting, abstinence, prayer and reflexion, in order to reconcile themselves with God and other Christians across the world. The 40 days are taken from the example of Jesus who departed to the desert to fast and pray for 40 days,prior to his public ministry; and in this case, it is kept today as preparation for Holy Week, or memorial of the last week of Lord Jesus Christ’s passion.


Lent varies in a few days across Christian communities. The Western Church starts Lent on Ash Wednesday, while the Eastern Church starts traditionally on Clean Monday, seven weeks before Easter Sunday or Resurrection Sunday, according to the Julian calendar which falls weeks later than the Gregorian calendar used in the West. Other minor Churches, like Ethiopians and other Alexandrians vary in other minor details.


It is assumed that to fast prior to Holy Week, came as a custom from the Apostles themselves in memory of Lord Jesus’s crucifixion, but these used to vary in number of days as to when Easter should be celebrated across different communities. Indeed St Polycarp, one of Apostle John’s disciples, had an argument with Roman Pope Anicetus, during the middle of the second century CE, over the date and manner of the Easter celebration, which proves how early in the history of Christianity was Easter kept in solemnity by all Christians across the world.  However, by the beginning of the 4th century, the time of seven weeks of fasting was already established as it is today.


During Lent, the believer is called to fast as strictly as possible during the 40 days, but due to the weakening of Christian conviction in modern times, a minimum total fast (No solid food for 24 hours) is expected on the first day of Lent, and Holy Friday, while the rest of the days, all animal products and their derivate are avoided.


Ideally, Lent also presupposes a total abstinence of sexual activity in married couples for the 40 days, but in leniency, restriction of sexual activity is enforced only on the two days of complete fasting, that is, first day of Lent and Holy Friday.


During Lent, Christians are invited also to pray and read the Scriptures more often, to come to terms with their sins, and to ask God for forgiveness and change. This repentance also becomes an invitation to ask our neighbours for forgiveness, which is personified in the Sunday of Reconciliation Liturgy prior to Clean Monday.


The true spirit of Lent is to meditate in the coming memorial of the suffering of Jesus Christ during his last week on Earth, and the cost of the atonement on the Cross, where the Son of God had to spill his own righteous Holy Blood in order to pay for the sins of all humanity, and thus, open the way back to God.