THE TEMPTATIONS OF LORD JESUS 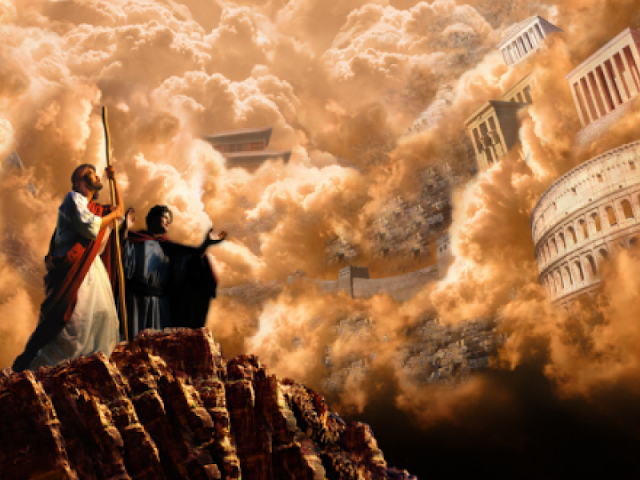 The story of the temptations of our Lord Jesus Christ in the desert after his Baptism is narrated in the three synoptic gospels, but in detail, in the gospels of Matthew and Luke (Matthew 4:1-11; Luke 4:1-13)


These three temptations our Lord suffered, cover the three aspects of the human nature as composed of body, soul and spirit (1 Thessalonians 5:23; Hebrews 4:12) and all the ways temptation may seem to justify itself to us.  In the desert, Lord Jesus was tempted in every aspect of his humanity, thus wining a victory over every type of temptation every human being can ever suffer, and the tools that can be used to seduce humans. The temptations Satan put forward appealed to his bodily needs, his beliefs and his personal pride, which affected directly the three aspects of his humanity. All other forms of temptations a human can suffer are only variations of these three same types of enticements and the manner they come to us.


Jesus was hungry after long 40 days of fasting. His bodily need was real and legitimate. Satan appeared to propose Lord Jesus to make an untimely display of his power by turning stones into food. Jesus refused, overcoming his real and present organic need, because the time was not due, neither would He do it on Satan’s request, gaining thus victory over all temptations that appeal to the physical senses, like lust, sickness, hunger, tiredness, etc.


Lord Jesus was invited by Satan to make another display of his power. He proposed Jesus should prove his Messianic claim by jumping from the pinnacle of the Temple to be handled by angels on his way down. This alone would demonstrate that God was with Jesus to the eyes of all the spectators, or at least before Satan and his angels alone.  In order to do this, Satan appealed as he did before with the hunger, to Messianic Holy Scripture verses to justify his case.  Lord Jesus refused, by quoting in both cases other parts of Scripture that set aright the out of context quotations of the devil. Thus Jesus won victory over all doctrinal errors and false ideas that distort the human mind and soul in its relationship with God and his Truth.


Finally, Satan appealed directly to Jesus spirit, to his pride. Straightforward and without bothering quoting anymore Scriptures, Satan asked Jesus to surrender to his evil authority in exchange for worldly glory.  Jesus refused roundly by asserting that only God is worthy of worship, and nobody else. Thus, wining victory over all sins that appeal to the human spirit, like pride, selfishness, vanity, envy, etc.


USE OF SCRIPTURE: Satan tried to justify his case by using the Word of God out of context to provoke a wrong action. This covers all forms of wrong use of the Scripture and Revelation that leads to heresy and sin.


DIRECT APPEAL: When his use of Scripture did not attained the deception intended, the devil openly appealed to human pride, and openly offered to be associated with him in an evil alliance, in full consciousness, in exchange for personal worldly gain.


In all cases, Lord Jesus refused through KNOWLEDGE of the Scripture and WILL.


In every case, Lord Jesus quoted the Holy Scripture as his guide of Truth, thus uncovering with the Word of God correctly understood, the deception the devil tried to play on Him. And over this correct Scriptural knowledge; Lord Jesus applied will power, thus refusing voluntarily the evil proposals of Satan.