I WILL DEMAND YOUR LIFE FROM EVERY ANIMAL 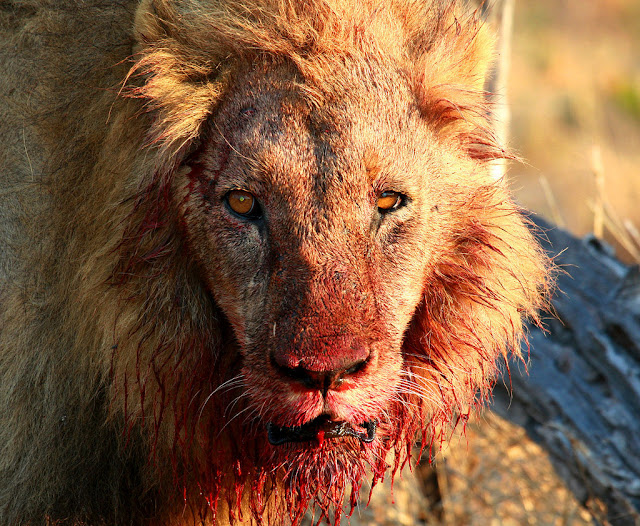 The above declaration, is a paraphrasing of verse 5, of the Ninth chapter of Genesis, when God speaks to Noah about the sacredness of human life and the death penalty that should be imposed on every human or animal who kills an innocent person intentionally, which today would be technically called “Murder”. (Genesis 9:5).


The sacredness of human life is based in the natural dignity of the human species being made to the Image and Likeness of God. Thus was said firstly at the moment of creation (Genesis 1:26); to be confirmed again to Noah, during the time of the second creation, after the Great Flood (Genesis 9:6).


Being human life sacred, it is natural that the harshest penalty was given to other humans, as rational and moral beings, who driven by evil would decide to murder another fellow human, in complete control of their faculties and will. However, the order to kill an animal that kills a human appears odd within this section, since animals are considered to act only by instinct and not being morally conscious of their actions. Coming to this verse, reflected later in the Mosaic legislation (Exodus 21:28-29), most commentators have dismissed the law as simply being an order to kill any animal who kills a human being for any reason, just to state the point to other human, that human life is far more dignified that any animal’s and that it is sacred indeed. This could be simply correct, and the end of the argument, but other points should also be taken into consideration.


ANIMALS HAVE A CONSCIENCE


When God created the animals, humans and animals had a level of communication between themselves that would allow them to live in mutual cooperation, even though humans were endowed with a much higher capacity of being in everything, according to their likeness to God Himself (Genesis 3:1-2). This level of consciousness in animals inferior to humans by nature, necessarily had also to imply a certain level of self-awareness and self-control to the point to understand humans and comprehend their desires and be able to cooperate; among them, the capacity to distinguish between right and wrong.


This capability is implied in Genesis when it is mentioned that animals were not found to be “adequate company for Adam” (Genesis 2:20) based not only in the incapacity of reproduction between these two different species, but in the insufficiency of companionship, which it would not have been based only by their mute presence, but through a high level of communication that would allow that consideration in the first place. For this same reason Eve is not surprised when the first serpent created, possessed by the devil, struck a conversation with Eve that led to the Fall.


The capacity to understand and distinguish between bad and good it is also implied when God declares that humans and animals were given plants and fruits to eat, and not flesh (Genesis 1:29-30), to be understood that a deliberate decision to kill an animal or human for food would be considered a sinful action of disobedience, binding so much on humans as on animals.


After the fall, this animal moral consciousness that today, due to a loss of the original high level of communication between humans and animals, we dismiss under the term “instinct”, it remained nevertheless in a damaged condition, but clear enough to still distinguish between right and wrong to a basic level.  For this reason, as an example, Balaam’s donkey tried to avoid herself to be killed by Lord Jesus, knowing that there was a life threatening danger. (Numbers 22:22-35).


For this reason also, when animal life was given to humans for food to Noah, God stated that He had put “the fear of humans” over all animals, in order for them to know that they had been delivered to humans for killing (Genesis 9:2). For this reason also Scripture says that animals will go back to the same condition as when they were created in the New Earth (Isaiah 11:6-9)


In God giving animals fear for humans, and by openly forbidding any living creature, including animals, to destroy human life, it is implied that this awareness is present naturally in all animals, not only in their DNA, but also in their soul, that to kill a human is wrong.  And if this consciousness remains in all animal predators, that human life is untouchable, the braking of this divine impression on their souls constitutes an unnatural act of disobedience, and in this case, punishable by death.


Which of all these does not know that the hand of YHWH has done this?”