WHERE DO DIFFERENT RACES COME FROM 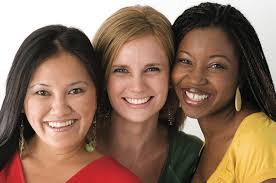 For those Christians who believe in the historical reality of Adam and Eve, or that God created all humanity from only one original couple, this question comes to mind eventually.


Liberal theologians, who believe in divinely induced evolution, would answer that God created several human couples at the same time, of different races, which later, through intermixing and habitat conditioning, changed even further through natural causes into the different races we have today. This may seem a good answer, but it clashes with the principle of Original Sin professed by Christianity.


If God would have created several human couples to start the human proliferation on the planet, the fall of one of them into sin, would not have affected the rest of them who were not their direct descend, and would contradict the teaching of Scripture that says:


“From one man he made all the nations, that they should inhabit the whole earth”


“Therefore, just as sin came into the world through one man, and death through sin, and so death spread to all men because all sinned”


So, if indeed God created all humanity from one original couple, how did races develop?


For the development of different human races within the human species, it was necessary that Adam and Eve carried within their genes, all the characteristics of three main human races, from which all other variants later appeared: Caucasoid, Mongoloid and Negroid.


After the Tower of Babel, as God intended humans to separate and travel the planet, it is not surprising that as He confused the language of a single human nation for this purpose, God may as well have accelerated the racial dissemination natural process. When humans became separated from each other by languages, and these major groups into minor tribes according to families, this segregation caused naturally the isolation of the genetic racial features of these sub groups, and through further intermixing within sub-groups, the racial genotype of these human groups became clearly distinct as we have today.