WHAT HAPPENS WITH CHILDREN WHO DIE BEFORE OR AT BIRTH 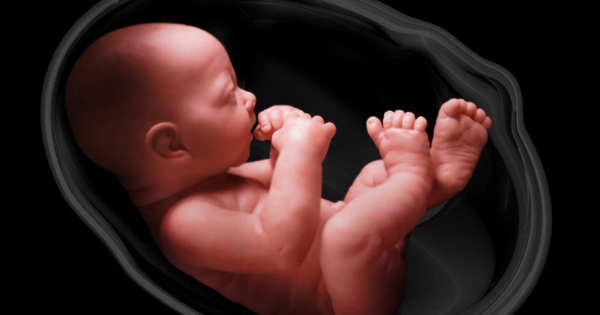 This idea ponders in the mind of Christians who consider or have experienced personally the death of some child due to abortion, miscarriage or early after birth, before being baptized or having accepted the Christian faith.


In traditional western Christianity, especially since St Augustin’s times, the idea that children cannot be saved without Baptism, gave way to the hypothesis that prematurely dead children would be eternally condemned in Hell, or that they would end up in a solitary place between Hell and Heaven, away from God’s Kingdom but in an eternal state of peace, called Limbus Infantium (1).


The theory was put forward by St Augustin as a quick response to the heresies of Pelagius, who denied Original Sin and due to his great influence in the theological world of western Europe, it gained influence and finally it was assumed as true doctrine by the Middle Ages (2), and was taught as such. However, it was never officially part of the doctrine of the western Church and was condemned as “Extreme Augustinianism”, as was Augustinian Predestination, by Catholic theologians like Francisco Suarez (1550), Giovanni Antonio Bianchi (1768), Jakob Herman Schell (1893) and Ludwig Ott (1952) (3).


WHAT THE BIBLE SAYS ABOUT IT


But wanting God to save all humanity, and not desiring anyone’s damnation, He sent his only Son, Jesus Christ to rescue us from condemnation through the atonement on the Cross. Jesus paid for the sins of all humans, past, present and future, Original Sin as well as personal sins and their consequences, for the born and the unborn, for the intelligent and the mentally disabled, for the believer and the unbeliever, for ALL HUMANITY IN FULL. (2Cor 5:21; Col 2:13-14; 1Pe 2:24; 1Jn 2:2).


GOD’S WILL, PAID DEBT AND EXAMPLES IN THE BIBLE


If we consider that God does not want the condemnation of anyone (1Tim 2:4; 2Pe 3:9); and that Jesus has already paid for the sins of all humanity in total (Jn 1:29; 1Jn 2:2), it is implied that those who cannot come to Christ due to an invincible impossibility, like lack of reason, information or lifespan, are free beneficiaries of their Lord’s merits at the Atonement, especially if we consider that all those impediments were beyond their control and could have been removed had God wanted it.


If we consider that the Will of God, in his desire to save all humans, cannot be defeated by fate, as if circumstances like mental disability, geographical isolation or being a victim of an abortion or miscarriage were events that God could not stop had He wanted it, and that therefore God became frustrated by circumstances beyond his control, as if they were caused by a bigger power than God’s; it becomes absolutely conclusive to think that God allowed those circumstances to happen knowing that they would not affect the fair opportunity of those people to come to Salvation; especially, since the Omniscience of God knew about this, and that it was impossible that the Father would let Jesus suffer on the Cross for creatures that will not have the chance to accept Him due to God’s own impassibility, since this would be an ignominious offence to the Sacredness of Lord Jesus’s Holy Blood spilled in vain.


AS a consequence, becomes necessary to profess that God applies freely the merits of Christ’s atonement to all those who due to an invincible impossibility, are deprived from coming to Jesus for salvation. That is the case where mentally ill have no idea of who Jesus is, or righteous people who by geographical or cultural isolation never heard of Jesus (Ro 2:14-16), and also those children that have been victims of abortion, miscarriage or premature death. Some examples of this we have in Jeremiah, John the Baptist and St Paul, who were cleaned from Original Sin and sanctified with the Holy Spirit even before being born (Jr 1:5; Lk 1:15; Gal 1:15).


Only through the freely application of Jesus’s atonement to all these class of humans, all aspects of God’s Plan are covered for those cases. God’s will to save all humans is accomplished, only through Jesus’s atonement these are saved, those innocent people are dealt justly, Satan is defeated, and God’s Perfect Justice is fully satisfied.


"Let the little children come to me, and do not hinder them, for the kingdom of heaven belongs to such as these."


(3)  The Hope Of Salvation For Infants  Who Die Without Being Baptised, Catholic International Theological Commission, http://www.vatican.va/roman_curia/congregations/cfaith/cti_documents/rc_con_cfaith_doc_20070419_un-baptised-infants_en.html