FORGIVENESS IS NECESSARY FOR SALVATION 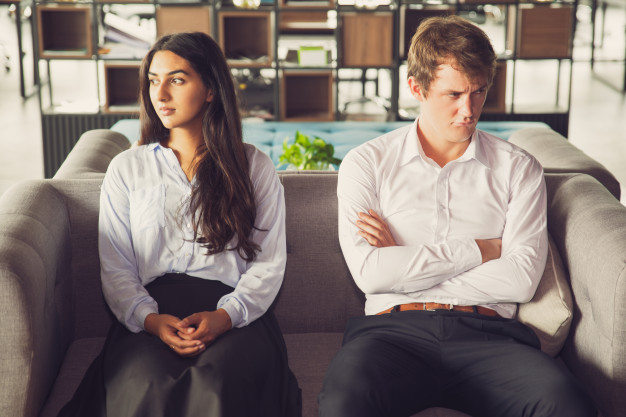 In one occasion, talking about a repentant woman, our Lord Jesus Christ said:


“Whoever has been forgiven little loves little.”


With this, Lord Jesus said that the gratitude of a person whose many and grave sins have been forgiven, will be more grateful and loving towards this Redeemer than that person whose sins have not been many in number or equal in severity.


As average Christians, many have experienced difficulty in forgiving someone who has hurt them or offended them in great manner. Generally people will keep resentment towards someone who has caused them deep pain or humiliation, and find extremely hard to forget and forgive the damage caused to them unjustly. Even when in most cases they may do not act against the offender, still, the emotional resentment remains, and it is manifests almost unconsciously in different ways, especially in the way they alternate with them afterwards or the comments they may give to others about that person.


Our obligation to forgive is born from the fact that we also have the need to be forgiven; forgiven by people we have hurt in the past, forgiven from the bad consequences of our actions, forgiven ultimately by God.


Being imperfect and sinful, even if our transgressions are not terrible crimes punishable by human Law; still, we received mercy from God to be cleaned from the guilt of our own evil actions. When we deserved punishment, we received mercy, mercy absolutely necessary to save us from eternal condemnation (Romans 5:8). And since we were already forgiven by God and possibly other human beings we wronged as well, we incurred into a moral debt with God and humanity. It is under this moral debt that we are obliged to forgive others as well who have done evil to us, whatever that may be.


Lord Jesus illustrated this in the parable of “The Unforgiving Servant”, where a man has his money debt forgiven, but was unwilling to forgive his companion. To this man Jesus said in the parable:


“You wicked servant, I cancelled all that debt of yours because you begged me to. Shouldn’t you have had mercy on your fellow servant just as I had on you?’ In anger his master handed him over to the jailers to be tortured, until he should pay back all he owed.”


Nothing impure can enter the Kingdom of Heaven, and part of this impurity, is an unforgiving resentful heart.


It may be difficult in extreme to forgive someone who has committed serious crimes against us or our families, our parents or our children or brothers. If this is the case we must continue to pray to God to be able to forgive them, and to be set free from that burden.


To forgive someone who has done evil to us, does not mean to be friends with them or act with them like nothing ever happened. To forgive someone is to do not answer back with evil their actions; means to do not discredit their person before others, to do not discriminate against them in anyway, and to let go resentment. To forgive does not mean to forget what happened or to act irresponsibly like nothing ever happen, because that person could do the same evil again and take us for fools.


BUT the overall result is that we must forgive, or our salvation would be jeopardized. If we die with resentment towards someone in this life, this unforgiveness will make impossible to God to grant us forgiveness, forgiveness we desperately need to be saved.


Forgiveness may be a difficult task, but it is vitally necessary for our salvation. In facing a difficult case of resentment, prayer, fasting, regular confession and communion are necessary, and every bit counts, every practical effort, even the simple desire to wanting to forgive goes on our favour. We all need forgiveness. We all have hurt others knowingly or not. We all have accounts to pay. Let the Sacrifice of Jesus Christ on the Cross, who suffered so that everyone who repents maybe forgiven, us and them; be not in vain, because refusal to forgive is also to reject Jesus’s suffering on the Cross, because He already paid the punishment of that person that wrong us, as much as He paid for our own wrongs.


“Bear with each other and forgive one another if any of you has a grievance against someone. Forgive as the Lord forgave you.”