WHAT IS TRADITION AND ITS PLACE IN CHRISTIANITY 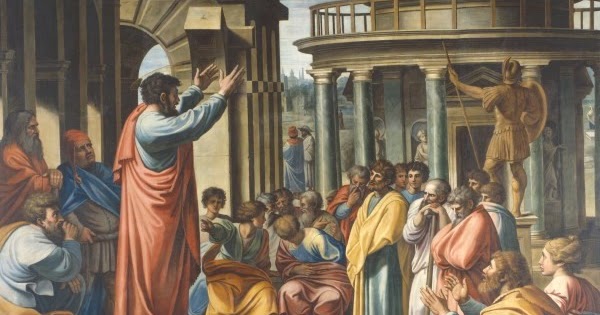 When some Christians hear the word Tradition, they imagine customs and folkloric practices; but as a theological term that is not the case.


Tradition with capital T, is a proper name that refers to the whole set of beliefs and practices that are part of living Christianity. It is not only something that comes from the past, even though Tradition started with the Apostles and chronologically precedes the Scriptures in existence; it is a living phenomenon, as it changes and adapts into new expressions in time.


Tradition is divided in two forms according to origin:


APOSTOLIC TRADITION: Conformed by all the beliefs and practices that have been held by Christianity since very ancient times, everywhere and by most, to this day.


These beliefs are found in the writings of the first Christians, especially of the first four centuries, also known as “Church Fathers”. It is called “apostolic” because due to their antiquity, it is very possible that these ideas were of apostolic origin, especially when they were held as such in different parts across the Christian world of the time.


Apostolic Tradition plays a crucial part in the definition of doctrine in Christianity, since it is taken into consideration to finalise biblical doctrines that may not be clear and conclusive in Scripture. This Apostolic Tradition is made up by the “Consensus Patrum”; that is, by all those beliefs and practices held in common by all the first Christians and not by the personal opinion or practice of some of them.


Among these beliefs are the Trinity, the divinity of Jesus, the personhood of the Holy Spirit and the Canon of Scripture itself.


ECCLESIASTICAL TRADITION: Are all the practices and customs held by the living Church through the ages to this day. The difference with Apostolic Tradition is that these practices, not doctrines, were born from within the Church and have no divine origin but human. These practices are establish by the living Church according to her needs and according to times and places, usually by universal councils or local synods, and can be revised again and changed by these same channels according to new realities.


It is important to treat this as a separate issue as it is sensitive to traditional Christianity and it should not be a motive of scandal to Christians who hold the Scripture as ultimate rule of Faith.


Lord Jesus did not leave any written book with his teachings as far as we know to this day. All his teachings were delivered orally and were kept by the Apostles, as far as we know, also that way. In the same manner, the Apostles preached and evangelized as had seen the Lord do, and established authorities in the local communities that may pass on  their teachings in a faithful manner ( 2Tim 2:2; Tit 1:5, 9). Written documentation, the letters and then the Gospels, came later. The letters we have were not made with the deliberate intention to serve as testaments to posterity, but as casual epistles over specific issues to specific communities. The Apostles, by revelation and insight may have known that eventually these letters will be taken as they are taken today, but that was not their original intention. Only the Gospels and Revelation were written with that purpose, as to leave a written legacy to posterity of the Messianic claim of our Lord Jesus and his teachings (Lk 1:1-4; Jn 20:30-31).


As these writings were dispersed among the Christian communities of the first centuries, they were accredited by the consensus of the communities and their communal memory, as being genuine and authoritative among others that were considered forgery or pseudo-epigraphical (2Th 2:1-2). It was this communal memory and criteria which was used as one of the decisive elements in the establishment of the Canon of Scripture; another one was conformity with the consistent Christian teaching held at the time.


Tradition precedes Scripture in the sense that it existed and kept the Christian faith before it was put in writing by the Apostles, and even then, as the first witnesses died out, to establish which books were genuine and which were not, according to the common faith they shared.


Tradition does not precede Scripture in importance though. The Church, even before the Canon was established, held in supreme authority the apostolic writings because they expressed directly their teachings (Col 4:16; 1Th 5:27; 2Th 3:14; 2Pe 3:16).  True Apostolic Tradition never contradicts Scripture. Since human oral teaching can be distorted from one to another and through time, all apostolic traditional claim must be examined at the light of clear and straightforward biblical teaching. That is the reason why the Apostles left us these writings, and the Church Fathers testify of this. (1)


THE PLACE OF TRADITION IN THE CHURCH


Tradition has served the Church in preserving alive the teachings of the Apostles and the testimony of their written documents until the Canon was officially formed.


Tradition serves today, to clarify concepts, doctrines and practices whose meanings are not clear or explicit in the Bible, by showing us how the first Christians understood those things.


Tradition sets the Biblical narrative as a whole and each individual book in its proper context, historical and doctrinal. To pretend to interpret the Scripture ignoring Tradition is a dangerous endeavour that has been proven many times, to end up in sectarianism and heresy. Scripture and Tradition go together and they cannot exist one without the other.


Tertullian of Carthage, Against Praxeas, 11


Hyppolytus of Rome, Against Heresies, 9