DID THE BIBLE COME FROM GOD OR THE CHURCH? 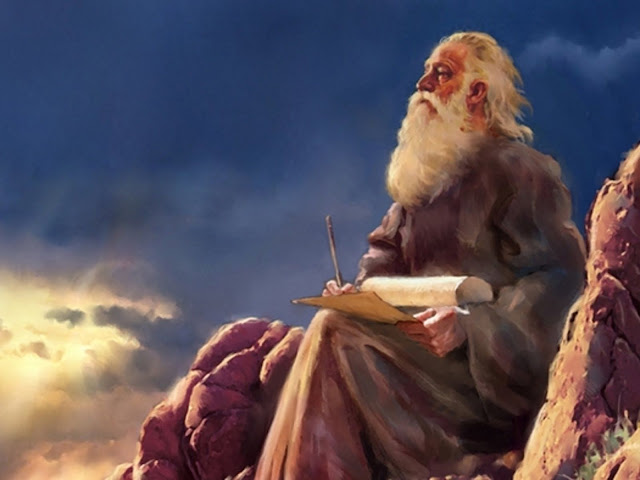 At different times we may have heard this question put forward by different Christian groups. Some of them will argue so strongly in favour of a scriptural self -evidence that would give the impression that the whole Bible dropped from Heaven, while others will endorse the role of the Church in defining the Canon that would give the impression that the Church wrote the whole Scripture.   This occurs because both groups have an agenda to protect and vindicate; but the truth in reality, contains part of both version and then something else totally different.


The main body of the Jewish Scriptures and most important part, is the Torah, which is composed by the first five books prophet Moses wrote under direct revelation of God, which stand today as Genesis, Exodus, Leviticus, Numbers and Deuteronomy. Later on the writings of different prophets were added, and in between them, the section called the Ketuvin, with books like Esther or Ruth, that look more like novels than revelation, but that are a testimonial legacy of God’s active power in the lives of this servants and the nation of Israel, and all of them form the Tanakh, or Jewish Bible.


This is a rough description, but the point is that by the time our Lord Jesus Christ arrived into human history, this collection of books were taken as inspired Scripture by most Jewish, at least among the Temple Judaism, where our Lord exercised his earthly ministry (Jn 4:22).  These Jewish Scriptures, were received partly by revelation, visions, prophecy and portents like in the case of Moses, Isaiah, Daniel or Elijah, and very much were self -evident from the beginning, and were sanctioned equally by the Priesthood as well as the people. The minor prophets however, as well as some of the minor writings, came to be accepted much later as people came slowly to accept them as pious, and even some scholars today say the Jewish canon as we know it today,  became fixed much later than the Christian Canon.


Regardless, in the definition of the Jewish Canon, the approval and acceptance was defined from the conviction of the people in the divine inspiration of those books that moved them to add them to the Torah, which they accepted by principle in the first place.


In the establishment of the Christian Canon, these two elements also played a crucial role in its confection; the objective divine inspiration of the writings, and the conviction of the people that they were so. If the people were not convinced that they were inspired, they were not included in the Canon, and sometimes, as with the later Jewish writings, that conviction came much later, as in the case of the book of Revelation or the letter to the Hebrews.


These two elements are crucial to the defining of the Bible, have always been present since the beginning of the Old Testament and no canon can ever be produced without them.


The divine inspiration that constitutes a book as containing the Word of God comes directly from the Holy Spirit to the author of the writing. Even in the case that the document may be dictated; the message would come directly from the person that is receiving the inspiration. This inspiration is not brought by human will and it does not depend on human approval to be sacred. It comes directly fully from God (2Sam 23:2; Eze 1:3; Lk 1:70; Acts 1:16; 3:18; 2Tim 3:16; 1Pe 1:11; 2Pe 1:21).


But inspiration alone does not include a book into the canon automatically. It needs to be recognized as such to be accepted.


Church acceptance takes here a crucial role in the making of the Canon. When the assembly of believers, that is the people as much as the authorities, become convinced a writing is divinely inspired, then they acknowledge that inspiration and accept that book into the canon.  Until the Holy Spirit gives that conviction to the active Church as a whole, those doubtable books cannot be added to the Canon, whether they are truly inspired or not.  Such is the case of the First Book of Enoch (Jude 1:14-15; 1Enoch 1:9), the First Letter to the Corinthians (It is claimed there should be three, not two;  1Cor 5:9); or the Letter to Laodicea (Col 4:16).


In conclusion, the Bible owes its existence entirely to the Holy Spirit, inspirer and revelatory of the whole work, who gave it to the Church, and through the Church to the whole world.


We can say in a sense that the Church gave us the Scriptures, because those holy people who wrote the inspired books were related to the Church one way or another; and because God directed the Church as a whole to acknowledge those books and put them together in a book we call Bible; and that it is the living Church as an institution who is called to be guardian of the Book and pass it to the world.


But we cannot say that the Church gave us the Scripture in the sense that the earthly institution “made them” and gave them authority. The one who made the books was the Holy Spirit, through certain individuals who did not know the Church as we know it now; and it was the Holy Spirit who gave the books authority because they contain divine revelation. The Church only acknowledged the inspiration and authority already existing in those books, and that is the reason why the teachings contained in the Bible are binding even to the members of the living Church, or in other words, the Assembly of Believers.


Inspiration and Acknowledgement are the two pillars over which the Bible rests, and cannot exists one without the other.