ADOPTIONISM AND LUKE 3:22 IN THE NEW JERUSALEM BIBLE 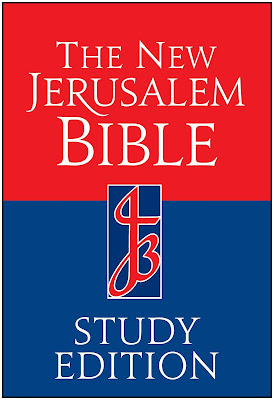 It is common to hear and read catholic comments that Protestant editions of the Bible are wrong, especially the King James version in English and the Reina Valera version in Spanish.  However, in the editions of the New Jerusalem Bible, a heretical translation long time discarded has been brought back to the gospel text of Luke 3:22; where the voice of YHWH comes down from Heaven and speaks to our Lord coming out of the Jordan River.


In all Protestant and old Catholic Bibles, the passage reads like this:


“And the Holy Spirit descended on him in bodily form, like a dove; and a voice came from heaven, “YOU ARE MY BELOVED SON; WITH YOU I AM WELL PLEASED.”


But the New Jerusalem Bible translates:


“And the Holy Spirit descended on him in a physical form, like a dove. And a voice came from heaven, 'YOU ARE MY SON; TODAY HAVE I FATHERED YOU’.”


In all the accepted and canonized translations, it reads “I am well pleased”, and not “Today I have fathered you”.


The translators of the New Jerusalem have chosen to revive a very obscure version of a single manuscript, the Bezae Codex that dates from the fifth century, the only one using the wording “I fathered you”, instead of the majority version “I am well pleased”.  The catholic commentators chose that version, because they think it reflects the prophecy of Psalm 2:7: "You are My Son; today I have become Your Father”; and they see it as the most probable wording during the event.


But this does not explain why the other versions of the event in Matthew 3:17 and Mark 1:11 where it reads “I am well pleased” is still kept in their editions. If they believe the words that came from Heaven at the Lord’s Baptism was a repetition of Psalm 2:7; then the most logical consequence, would be to change the wording in the other two sections of Matthew and Mark; but if no mention of that is given by authors of the narrative, then there is no reason to choose a heretical adoptionist version over the others already canonized, especially when the text we all have of Second Peter 1:17, also says of the same event: “I am well pleased”.


The reason why the wording of the Bezae Codex was discarded, it is because it suggests that Jesus of Nazareth, was a common human being, and “became” the Son of God, only after YHWH “adopted” him as such after his Baptism. This heretical idea is called Adoptionism, and to choose a version like the Bezae Codex, over the overwhelming testimony of the other codices, it is an erroneous decision, especially coming from a prestigious team like the one that produced the New Jerusalem Bible.