THE MEANING OF THE DEATH OF JESUS CHRIST 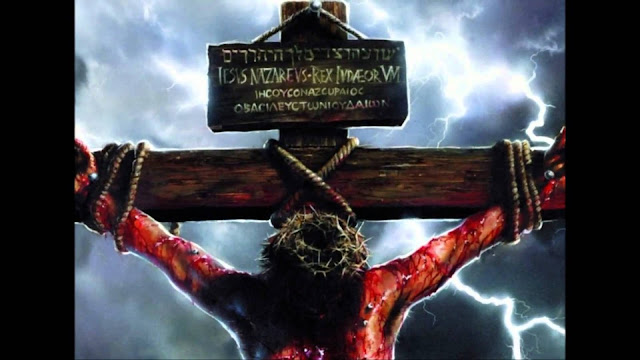 The Bible teaches that humans were created in a state of moral innocence and biological perfection; immortal, unable to attain illness or deteriorate with age, with infused knowledge and in perfect connection with nature, in the likeness of God himself (Gn. 1:26-27, 31); but later humans broke this harmonious relationship with God and the creation around them through an open act of disobedience (Gn. 2:15; 3:6). When humans fell off God’s grace, the devastating consequences not only affected those who had committed the act of disobedience, in this case Adam and Eve, but also their descendants and the world around them, bringing upon themselves eternal separation from God, spiritual decay, tendency to sin, illness, physical decay, disconnection with nature and physical death (Gn. 3:16-19).


When humans fell into sin, they found themselves helpless to find their way back to their original state in perfect communion with their Creator, because to attain forgiveness, which God was willing to give, it was necessary first to cancel the debt of guilt Adam and Eve had acquired for themselves and their descendants before God, plus the guilt of personal sins committed by individuals as a consequence of their fallen nature (Ro. 2:12; 3:9; 5:12).  As forgiveness demanded atonement, being already sinful spiritually, defective and limited biologically, the death of a human could only be taken as punishment for sin but not as an atoning offering, neither for himself, not for anyone else (Lv. 16:30; Heb. 9:22). But in his love for us, God provided the way. By incarnating into human nature in the person of Jesus of Nazareth, God was able to provide the perfect human being for sacrificial atonement, free from all sin, adamic and personal, and in the perfect and immortal conditions humans were once created (Jn. 1:1, 9-14).


Jesus, the Son of God, the one who created the universe at the command of the Father (Jn. 1:3, 10; 1 Cor. 8:6; Col. 1:16), became human in a perfect pristine condition and experienced from conception until death, every aspect of human existence in order to identify himself with our reality and redeem us with his own example, even undergoing temptations like all humans do, but without falling into sin (Heb. 2:18; 4:15).


The divine Jesus Christ, as perfect, immortal and sinless human, offered himself willingly to the Father as the atoning sacrifice required by God’s perfect justice, taking upon himself the punishment due to all humans for their sins, undergoing physical death and spiritual separation from God at the Cross, cancelling thus the spiritual debt we had with God, and as a consequence, restoring communion with our heavenly Father and Creator, which in turn opened the way to the spiritual and material regeneration of the humans race and the whole of creation, taking away sinfulness, imperfection, decay, mortality and eternal damnation. (Jn. 3:16, 36; Ro. 5:19; Col. 2:14; 1 Jn. 2:2; 4:10)


Jesus Christ died on the cross willingly as an atoning sacrifice offered to God the Father on behalf of all humans, past, present and future, satisfying God’s perfect justice that demanded accountability, and thus restoring all humanity and creation to communion with God and life in grace.


Through faith in Jesus Christ and repentance, we have access to justification and forgiveness of sins, and to receive the Holy Spirit in a new life of grace, and through perseverance, the hope to spiritual salvation and physical resurrection to eternal life in God’s kingdom.